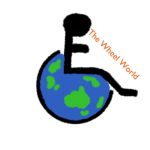 Today, is a little different, I’m going to be talking about a very important topic that really gave me some new perspective. I am reviewing a new Netflix Documentary called Crip Camp.

I recently watched this documentary on Netflix, and it became so much more inspirational to me than I ever thought possible. If you have access to Netflix, I highly recommend watching it, if you haven’t already.

The documentary explores the world of a disability camp in the United States in 1971. People with all types of disabilities would attend this camp every summer, as they weren’t able to attend the able-bodied camps around the country at that time.

The camp was called Camp Jened and was located just outside of New York City and was video documented throughout its time, by members of the camp and the volunteers who ran it. They were interviewed about their lives at home, wanting privacy, love, freedom and independence.

But the story around the camp was just the beginning of what turned out to be the disability uprising we know and love today.

The story follows many of the fellow disabled campers, who come back together many years later, to enact the disability rights movement. They marched and protested for 26 days straight, throughout 1977 to bring forth the 504 Act – the Rehabilitation Act; also known as the disability act. The act, therefore changed the rights of people with disability and disabled people finally became free to live the lives they chose.

This issue that surrounded this pre-movement, was that disabled people were not listened to, and were living in a world that did not accommodate them. People turned a blind eye to the issues of abuse, freedoms within transport and living facilities and other limited opportunities. Government officials didn’t want to help those with disabilities. The revolution that followed however, paved the way for how disability is seen and treated today.

This documentary really opened my eyes to what people with disabilities went through back before the Disability Act was enabled, and how they changed the future for the rest of us today. I did find myself a few times, picturing what our lives would look like today, without these people’s resilient influences. It also helped me remember that, today, we all have a voice that can change the world. To influence the opinions of others and live in a society that is free and equal, no matter our disability.

The Wheel World – Rolling ‘Round Melbourne